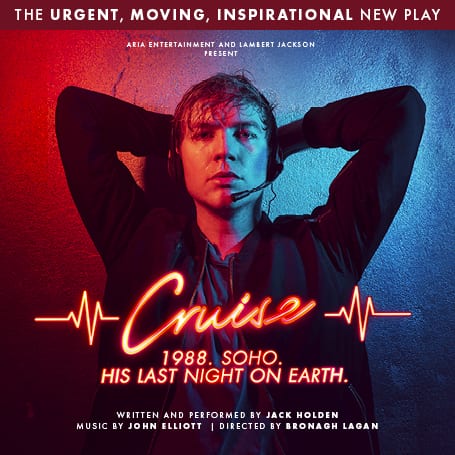 The intoxicating, vibrant CRUISE is the true story of what should have been Michael Spencer’s last night on earth, performing live for a strictly limited season at the Duchess Theatre from 18 May to 13 June. Following the phenomenal success of Channel4’s It’s a Sin, CRUISE is a celebration of life, queer culture and survival- this is the uplifting and inspirational theatrical event of summer 2021.

When he’s diagnosed with HIV in 1984, Michael is told he’ll have four years to live – at most. So, with the clock ticking, he and his partner Dave decide to sell their house, flog the car, and spend everything they have to party like it’s the last days of Rome. When Dave dies two years later, Michael doubles down on his hedonistic ways, spending what little he has on drink and drugs.

On the last night of his four year countdown – the 29th February, 1988 – Michael decides to go out with a bang. He puts on his favourite jacket, heads for Soho, and embarks on a long night of farewells. He says his goodbyes, dances, sings, and says yes to everything and everyone. Then, with all his affairs taken care of, Michael promptly… survives.

Michael got lucky. He’s been given the gift of life; but what kind of life can he now live?

Written and performed by Jack Holden (War Horse, West End; Ink, Almeida Theatre) CRUISE is a celebration of queer culture; a kaleidoscopic musical and spoken word tribute to the veterans of the AIDs crisis; an urgent piece of theatre, with an irresistible 80s soundtrack, which will make you laugh, make you cry, and which inspires us all to live every day as if it’s our last.

The Duchess Theatre operates strictly under the government COVID-19 guidelines. For further information check our COVID-19 secure information page. All bookings in a party must only be from the same household or the legally defined support bubble. 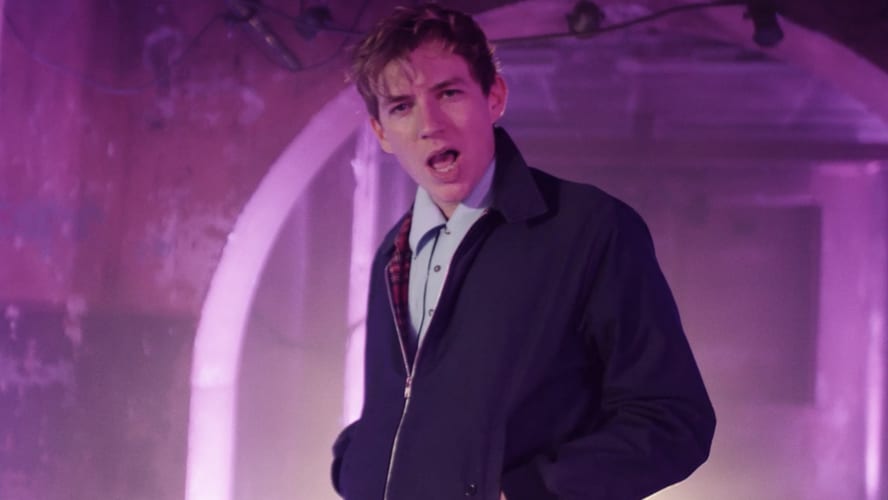 The Duchess Theatre is located on Catherine Street, near to Covent Garden in London’s West End. Below you can find information on how to get to the theatre and a map showing the location of the venue.

Please be aware that for your comfort and security all audience members will be subject to security checks upon arrival at the Duchess Theatre. There are also incidental bits of action in the foyer and auditorium from around 15 minutes before the show begins. For both of these reasons we recommend patrons arrive at the venue in good time. The auditorium will open 30 minutes prior to performance start time.

Non-matinee days: opening at 12.30pm until 15 minutes after curtain up.